M. Matilde Marques was born in Santarém, Portugal. She holds B.S. and Ph.D. degrees in chemical engineering and a Habilitation degree (D.Sc.) in chemistry from Instituto Superior Técnico (IST), University of Lisbon, Portugal. She conducted postdoctoral work in chemical carcinogenesis at the FDA National Center for Toxicological Research, USA, and is currently a full professor at the Department of Chemical Engineering of IST, where she teaches organic and medicinal chemistry. She coordinated the M.S. and Ph.D. Chemistry Programs at IST until December 2016 and is vice-chair of IST’s Scientific Council (2017-present).

Her research focuses on the mechanisms of toxicity induced by environmental (e.g., aromatic amines, acrylamide) and therapeutic (e.g., antiestrogens, anti-HIV drugs) xenobiotics, on the development/validation of analytical methodologies for the detection and quantitation of biomarkers of exposure to toxic agents, with emphasis on MS-based methodologies, and on the design, synthesis, and biological evaluation of potential therapeutic agents.

She is a Member of the American Association for Cancer Research, the American Chemical Society, the Royal Society of Chemistry, and the IUPAC Subcommittee on Toxicology and Risk Assessment. She has served as Chair of the Division of Medicinal Chemistry of the Portuguese Chemical Society and Council Member of the European Federation for Medicinal Chemistry (2016-2020). She serves on the Editorial Board for Pharmaceuticals and the Editorial Advisory Board for Chemical Research in Toxicology, and has been a Member of multiple working groups for the International Agency for Research on Cancer. 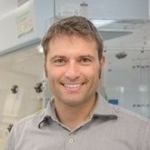 Edward Anderson is a Professor of Organic Chemistry, and tutorial fellow at Jesus College.

Edward Anderson completed his B.A. at Oxford in 1997 then moved to Cambridge for his Ph.D. under the supervision of Prof. Andrew Holmes FRS (1997-2001), on the synthesis and applications of medium-ring lactones and ethers. This was followed by a postdoctoral position with Prof. Erik J. Sorensen at the Scripps Research Institute, La Jolla CA which culminated in the first total synthesis of the furanosteroid viridin (2001-2003).

He returned to the U.K. in 2003, taking up a Junior Research Fellowship at Homerton College, Cambridge, working with Prof. Ian Paterson FRS. Amongst other work, this led to the completion of the first total synthesis of the complex marine macrolide spirastrellolide A (2003-2007).

In 2007, he was appointed as an EPSRC (Engineering and Physical Sciences Research Council) Advanced Research Fellow in Oxford, and took up a Lectureship at Jesus College, Oxford, in 2009. He was promoted to Full Professor position in 2016 and is since 2021 Head of Organic Chemistry

He has supervised more then 20 PhD students.

He has been awarded in 2020 with the RSC Bader Award. And in 2019 the Novartis Chemistry Lectureship award.

His research topics of interest are the natural product synthesis, the development of new synthetic methods, and the eradication of neglected diseases. 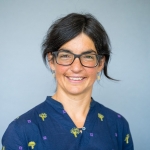 Prof. Dr. Anna K. H. Hirsch obtained her M. Sci. from the University of Cambridge and received her Ph.D. from the ETH Zurich in 2008 under Prof. F. Diederich. Subsequently, she joined the group of Prof. J.-M. Lehn at the Institut de Science et d’Ingénierie Supramoléculaires (ISIS) in Strasbourg as an HFSP postdoctoral fellow, before taking up a position as assistant professor at the Stratingh Institute for Chemistry at the University of Groningen in 2010 where she was promoted to associate professor in 2015.

In 2017, she became head of the department “Drug Design and Optimization” at the Helmholtz Institute for Pharmaceutical Research Saarland (HIPS) and full professor at Saarland University. Her work focuses on target-based anti-infective drug discovery, recognised by numerous prizes such as the Innovation Prize for Medicinal Chemistry of the GdCh/DPhG. 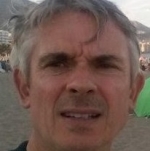 Anthony Burke is an associate professor with aggregation at the University of Evora and a Chemistry Europe fellow.  He has a PhD from University college Dublin and conducted post-doctoral research in Oxford (Steve Davies) and ITQB, Portugal (Chris Maycock). In 1999 he joined the University of Evora as an assistant professor. He has over 130 works (includes books, book chapters, papers, patents, editorials and oral presentations etc) and has coordinated many projects. He has a successful track record in the area of Alzheimer's disease and cancer and a strong interest in sustainable catalytic processes. Other areas of interest include; polymer synthesis and NMR. He has trained over 90 students (from Post-docs to research undergrads). He founded the company Chiratecnics in 2009 and is the chairman of the International Symposium on Synthesis and Catalysis series (ISySyCat15, ISySyCat17, ISySyCat19 and ISySyCat21). He is currently an editor at Open Chemistry (De Gruyter). He is an integrated member of the Molecular Synthesis group of LAQV-Requimte.

Dr Virginie VIDAL is Research Director at the CNRS in France (National Center of the Scientific Research) and head of the research group «Catalysis, Synthesis of Biomolecules and Sustainable

Development» at Chimie ParisTech‐PSL University in Paris. She received a PhD degree in  Chemistry from Paris Sud University, France. Her research interests focus on transition‐metal catalysis. The synthesis of biorelevant targets is also a focus in her group. She has published 175

Research articles, patents and chapters and has been serving as chair of the Organic Chemistry

Division of the French Chemical Society and member of the board of EuChemS Organic Division.

Maria Manuel Marques was born in Lisbon, Portugal in 1972. She studied chemistry at the new University of Lisbon, from where she also received her Ph.D. in organic chemistry in 2001 under the supervision of Prof. Dr. S. Prabhakar. From 2001 to 2003 she joined the group of Prof. Dr. J. Mulzer at the Institute of Organic Chemistry at the University of Vienna, as a postdoctoral research fellow. In 2003, she returned to the Faculty of Science and Technology, New University of Lisbon (Requimte) as a research fellow. Since 2004 she has been involved in organic chemistry teaching at the Chemistry Department, and in 2016 she obtained her Habilitation in Chemistry. She has supervised several postdoc and PhD students. Her research encompasses the development of new synthetic and sustainable methodologies involving metal-catalyzed reactions towards bioactive compounds, in particular heterocyclic molecules, and the development of new synthetic strategies to prepare glycopeptides in order to understand biological systems. 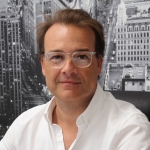 Pedro M. P. Gois studied chemistry at the New University of Lisbon from where he also received in 2005 his PhD in organic chemistry under the supervision of Prof. Carlos Afonso. From May 2005 to May 2008 he worked as a postdoctoral research fellow at the University of Sussex with Prof. F. Geoffrey N. Cloke FRS, at the University College of London with Prof. Stephen Caddick and at the Instituto Superior Técnico (Technical University of Lisbon) with Prof. Carlos Afonso. In May 2008, he joined the Pharmacy Faculty of the Lisbon University as an assistant research fellow of the medicinal chemistry group (Research Institute for Medicines) and in July 2013, Gois was appointed Principal Investigator at the same institution and head of the Bioorganic group. In 2017 he received his habilitation in Pharmacy and was appointed assistant professor of the Pharmacy Faculty. In 2021 he become head of the Chemical Biology group at the Research Institute for Medicines.

Luis Cruz has a graduation in Chemistry in 2004, received an MSc in Chemistry in 2006 and obtained his PhD in Chemistry in 2010 from Faculty of Sciences University of Porto (FCUP). He is currently an Independent Researcher in the Food Quality and Technology Group of the Associate Laboratory of Green Chemistry (LAQV-REQUIMTE). Luis Cruz is also Invited Assistant Professor at FCUP and at Medical School of Polytechnic Institute of Porto. His research activities are related with the color stabilization of natural anthocyanins through chemical/enzymatic derivatization and using stimuli-responsive host-guest and self-assembled systems such as macrocyclic receptors, biopolymers, micelles and dendrimers. He has also been involved in the synthesis, physical-chemical characterization and construction of flavylium-polymeric hybrid materials towards novel applications for cosmetics, food packaging, energy and biomedical fields.

Vera L. M. Silva is graduated in Analytical Chemistry (1998), Master in Chemistry of Natural Products and Food Stuffs (2002) and PhD in Chemistry (2006) by the University of Aveiro. Currently, she is Assistant Professor at the Department of Chemistry of the University of Aveiro and Researcher at REQUIMTE-Associated Laboratory for Green Chemistry-Clean Technologies and Processes. She is an Organic Chemist, member of the Molecular Synthesis Group of REQUIMTE (https://laqv.requimte.pt/people/1747-vera_l_m_silva). Her research interests comprise the synthesis and structural characterization of novel oxygen and nitrogen-based heterocyclic compounds for medicinal applications and development of sustainable organic synthesis methodologies, based on more contemporary tools such as ohmic heating. As part of her research activity, she published 1 patent, 1 book chapter, more than 55 papers in international scientific journals and 2 papers in peer reviewed national scientific journals. Its activity also includes the supervision and co-supervision of 5 PhD (2 concluded) and 9 MSc (6 concluded) students, more than 20 Bachelor students (3rd year graduation projects) and 4 Erasmus students. She has participated in several national and international research projects and she presented several oral and poster communications at national and international scientific meetings. 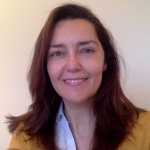 Her research interests include the design and application of photo-responsive systems for controlled delivery of molecules / drugs, the synthesis of unnatural amino acids for the preparation of peptidomimetics with biological activity, as well as the synthesis of heterocycles for the development of optical probes for various applications (TPA fluorophores, NIR chromophores, optical chemosensors for detection of ions and molecules with environmental and medical relevance in solution and cells and for bioimaging).

Maria Alice Gonçalves Carvalho is an Assistant Professor of the Department of Chemistry/Centre of Chemistry at the University of Minho. Her research interests include the design, synthesis and characterization of nitrogen-based heterocycles for several biological applications, as novel biochemical tools and/or therapeutic drugs. Her areas of interest embrace cancer, schizophrenia, and neglected tropical diseases such as tuberculosis, malaria, leishmaniasis and sleeping sickness. 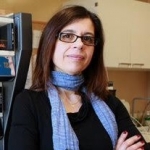 Paula A. C. Gomes (https://www.fc.up.pt/pessoas/pgomes/) is an Associate Professor, with Habilitation in Chemistry, at the Department of Chemistry and Biochemistry of the Faculty of Sciences of the University of Porto (FCUP), Portugal. Paula graduated in Chemistry at FCUP in 1993, where she also got her M.Sc. in Chemistry, with a Dissertation on "Dipeptide Derivatives of Classical Sulfonamide Antibiotics as Potential Antimalarial Prodrugs". Paula obtained her Ph.D. degree from the University of Barcelona in 2000, on the subject "Surface plasmon resonance as a tool in the functional analysis of an immunodominant site in foot-and-mouth disease virus", mentored by Professor David Andreu.

Paula is a senior researcher at the “Molecular Synthesis” group within LAQV-REQUIMTE, and her main research goals include (i) anti-infective agents, (ii) bioactive peptides, (iii) peptide-grafted biomaterials, and (iv) drug rescuing, repurposing, and repositioning. She is currently appointed as: Head of “POP-UP”, the peptides and peptide-nucleic acids synthesis facility in FCUP, Secretary of the European Peptide Society, and Associate Member of Division VII – Chemistry and Human Health, of the International Union for Pure and Applied Chemistry. Paula is Specialty Chief Editor in the brand-new scientific journal Frontiers in Drug Discovery and integrates the Editorial Board of the International Journal of Molecular Sciences.

Since 2002, Paula has been Principal or Co-Principal Investigator in a dozen projects funded through competitive calls and has mentored over a dozen PhD and thirty MSc students.